In the ocean there are a variety of living things in the form of aquatic plants and aquatic animals. One of the living things that grow and thrive in the ocean are algae.There are three divisions, namely marine algae Chlorophyta (900 species), Phaeophyta (1000 species), and Rhodophyta (2500 species). The term algae was first introduced by Linnaeus in 1754.

At first explanation is run by color. Explanation of algae based on the following characteristics:
1. Photosynthetic pigments such as chlorophyll and carotenoids
2. Cell wall components
Cell wall material composed of polysaccharides, lipids and protein materials. Specific components that characterize the cell wall including polyuronic acid, alginic acid (Phaeophyta), fusinat acid (abundant in Phaeophyta) and component Mukopeptida (Cynophyta). A characteristic that is contained in the Chrysophyceae have a siliceous cell wall.
3. Aspects of cell structure
- The absence of a membrane that separates the nucleus.
- Mitotic division of the nucleus is not as applicable in eukaryotes.
- Mukopeptida protected cell wall.

Only approximately 10% of the 7000 species of green algae (Division Chlorophyta) found in the sea, rest in freshwater. green grass resulting absence of chlorophyll a and b are more dominant than the other pigments. Outer layer of the cell wall is made up of pectin while the inner layer of cellulose. Examples : Entermorpha, Caulerpa, Halimeda dan Spirulina.

According to Tseng (1987) Spirulina platensis is a blue green algae that have a 50-500 microns long and 8-10 microns wide. Spiral shape and have thin cell and not webbed core. Containing kloroplas, kromatophora and pigment in the cytoplasm. Small cell has a diameter of 1-3 microns with homogeneous cytoplasm.

Spirulina algae is the process of asexual reproduction. Filaments that have been cooked broke some parts to form new cells, the next section then biconcave cells formed colonies consisting of 2-4 cells and separated themselves from the parent filament into a new filament. The cells in the filament and then increase in numbers, cytoplasm becomes granular, cell color becomes bright blue green and the size of the filament length increases (Ciferri. 1983).

According to Santilan (1982) Spirulina cultivation required the addition of minerals such as carbon, nitrogen, sulfur, potassium, posfor, magnesium, dan kalsium.

According to Venkataraman (1984), Spirulina can be grown using animal dung decay resulting solution

or waste products from the process of biogas production with raw materials of animal dung as a source of inorganic nutrients.

Nearly 1000 species of brown algae live in the sea. The yellow color produced by pigment fukosantin (xanthos ”brown”). Pigment contained in plastids. outside of the cell wall material in the coating of pectin and cellulose materials. Most species have air bags and reproducing sexually or asexually. Examples : Ectocarpus, Dictyota, Padina, Kelpa Laminaria, Nereocystis, Alaria dan Agarum.

There are 3000 species of red algae (Rhodophyta division) is found in the sea. The red color produced by phycoerythrin pigment. Have cellulose cell walls and are very sensitive to light. Red pigment capable of absorbing light blue and purple. Mostly found in deep water and filamentous in thickness, width different rules. Examples : Gigartina, Porphyra.

0 Response to "Definition and Various Types of Spirulina Algae" 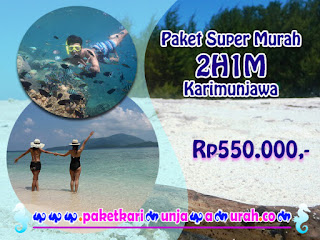 Back to top!
Copyright 2013 CINTA LAUT - All Rights Reserved Design by M.S - Powered by Blogger